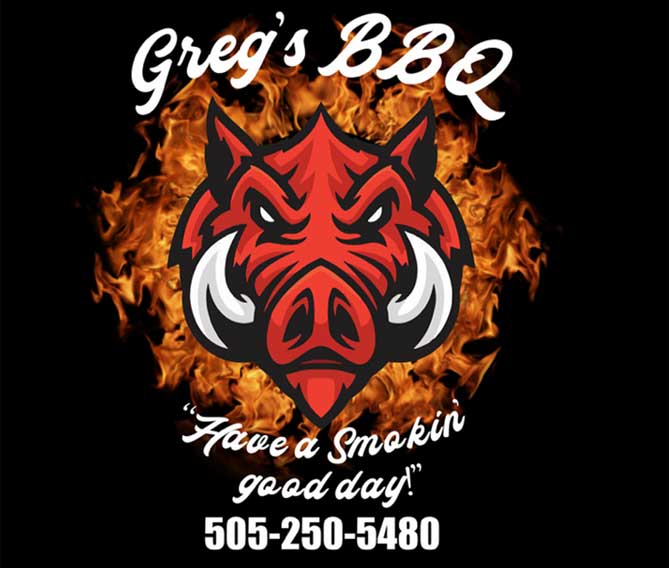 Started in a food truck, Greg & his family have been making Carolina style BBQ for over 8 years.

After completing his service in the Marine Corps in 1992, Greg started traveling around North Carolina participating in pig cooking competitions. It was there that Greg learned his smoking techniques.

After years of cooking for friends and family Greg started his mobile food truck business. During the 3 years of operation the food truck Greg’s BBQ participated in many local fairs & festivals, including The World’s Largest Mantanza where he won 1st place for his pork ribs.

In October 2016, Greg’s BBQ took up occupancy in the Cattleman’s Sale Barn. It was here that he expanded his menu to include house cured bacon, fresh made buttermilk biscuits and smoked pit ham.

In late September 2019 Greg’s BBQ set out on a new adventure at Carlos’ Cantina. Greg’s BBQ is a family run business that still makes the brisket and pulled pork that his customers have grown to love, alongside his hand pressed 1/3-pound burgers & house made green chile sausage.

Time and care go into everything Greg makes. We hope you love eating it as much as we love making it.